Last week Jack Cummins was the guest speaker invited to Gillotts to talk to Year 8 students about living with disability as part of a PSHE day. Jack comes from Didcot and chose to join the Army at the age of 16, straight from school. He loved the training, the skills he acquired and his career in the Army Bomb Disposal Squad. Sadly his career was cruelly cut short in 2010 on his second tour of duty in Helmand Province in Afghanistan when he lost both of his legs in an IED explosion. Waking up a month later from an induced coma, Jack had to find a new purpose in life and he explained to the students both his feelings and the challenges he faced, and still faces, in his post Army life. He illustrated his talk with a selection of slides from both before and after his injury and cheerfully answered the students’ curious questions. In 2017 he was selected as part of the GB squad to compete in the Invictus Games in Toronto where he won a bronze medal in swimming. The students were massively inspired by his example and very grateful that he had chosen to come in and share his story with them. 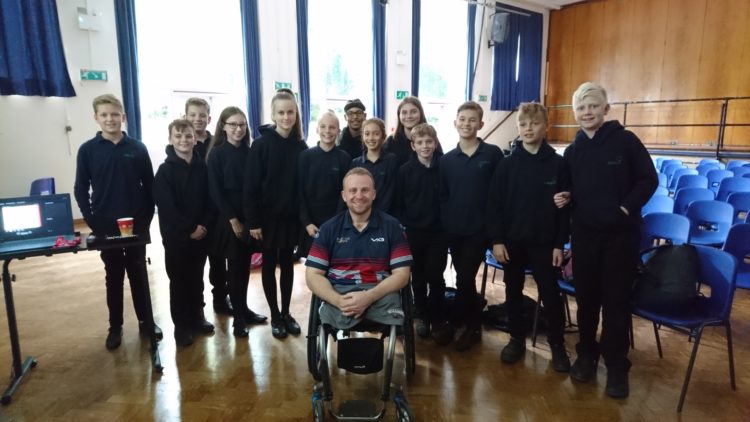