As part of a wider initiative to promote STEM subjects among students at Gillotts school, students have been learning to program LEGO Mindstorm robots in preparation for the First LEGO League robotics competition that was held at The University of Reading on 17th December 2015. The club, partially funded by the Institute of Physics and run as a collaboration project between Maths and Creative technologies, encourages students to apply their programming and problem solving skills to real world situations, with this year’s competition themed around the hot topic of the environment and waste disposal. The team were supported by computer programming professionals, volunteers from the University of Reading’s STEM Ambassador program, who helped to lead on a number of the extra-curricular sessions. Our Gillotts robotics teams ‘The Jelly Bags’ and ‘Team Dynamite’ battled it out with 14 other schools across four elements of the competition, Core Values (team work skills), robot design, project presentation and the Trash Trek robot game. The teams were commended for their professionalism and enthusiasm, and the judges were particularly impressed with how much they had achieved in the eight weeks leading up to the competition. The Jelly Bags were awarded a trophy for ‘Best Newcomer’ and Team Dynamite were awarded the ‘Core Values’ trophy for their exceptional teamwork skills. The club will continue to run in the new year to allow students to continue to refine their programming skills in preparation for next year’s competition. 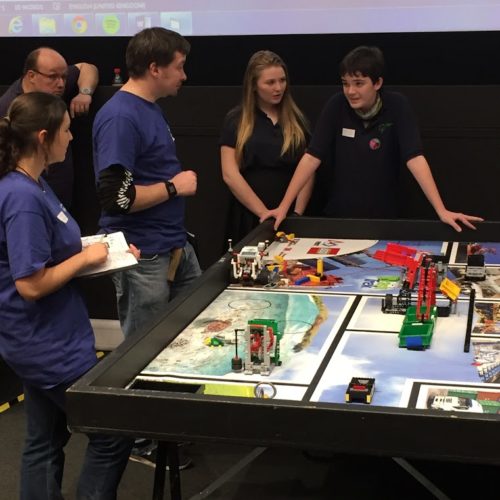 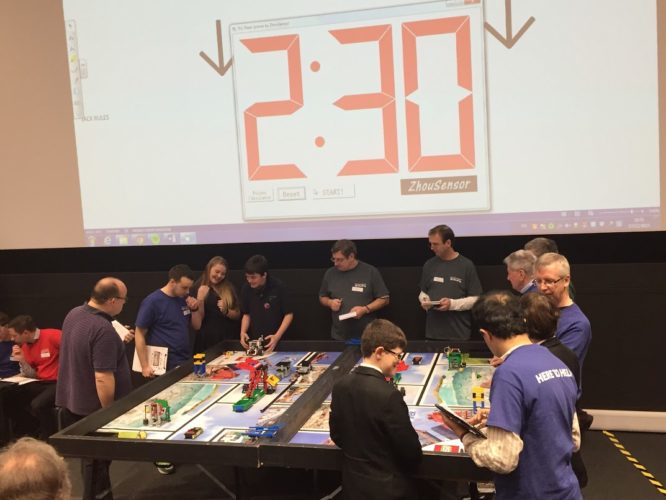 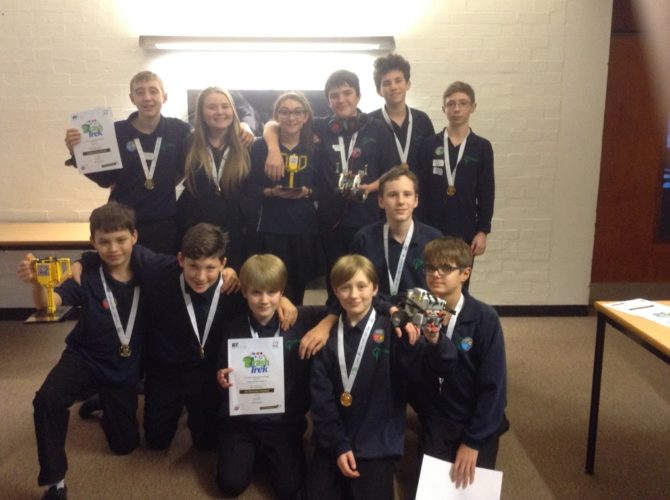